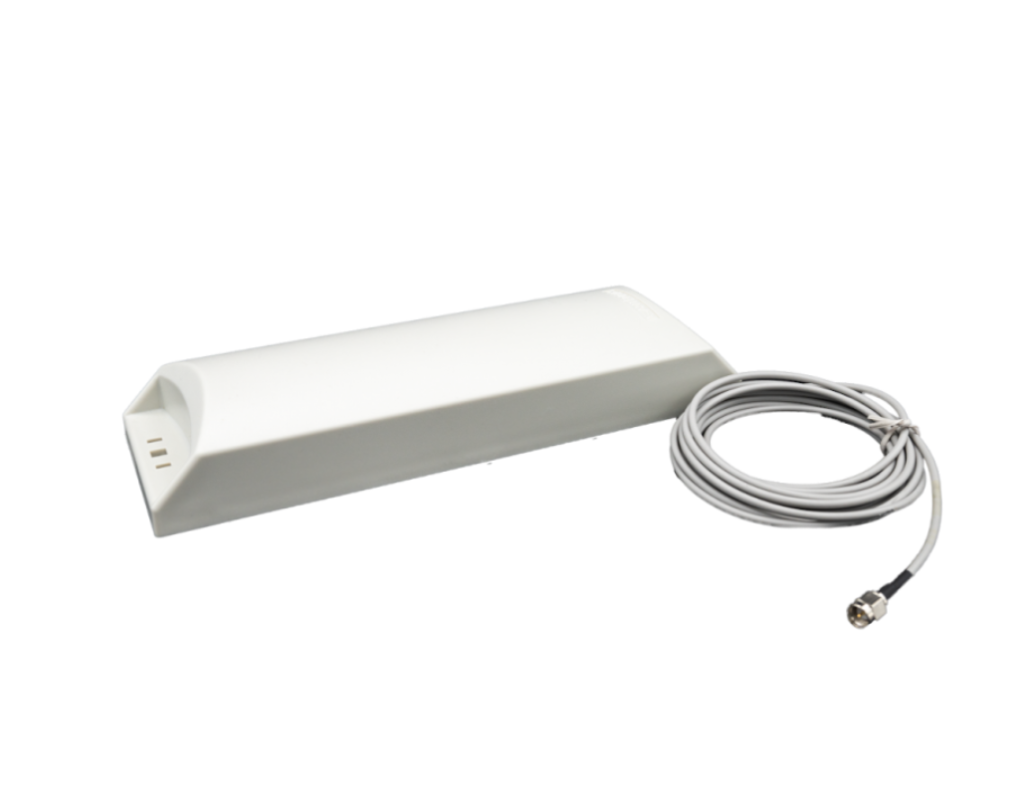 Antennas are indispensable components for mobile devices and networks. Even though they are located in smartphones and thus hardly visible from the outside, they have a decisive influence on the performance of mobile data transmission. In addition to the emission pattern, the antenna design also often acts as a basis for classification. In this article, you will discover more about the characteristics of monopole and dipole antennas.

Linear antennas are among the most common types of antennas. Both monopole and dipole antennas belong to this category. The electrically-conducting emission elements of these antennas are fed either symmetrically in the center or asymmetrically against the ground at the base. In the following article, we will clarify how monopole and dipole antennas function, what are their characteristics and what are the differences between these two types of antennas.

Characteristics and functioning of a dipole antenna

The dipole is the simplest type of antenna. With only two conducting wires, one can already realize such a linear antenna. The two wires are arranged at an angle of 180 degrees and are electrically symmetrically fed in the center. The length of the two wires together is λ/2 (half wavelength). From an electro-technical point of view, we are talking about an open oscillating circuit on one side. Due to the applied electrical voltage, energy flows through both wires. Depending on the voltage and current distribution on the dipole, power and voltage alternately lead to a magnetic and electric field, which emits into the open space as an electromagnetic wave. In accordance with its emission pattern, the dipole is an omnidirectional radiator. It emits uniformly at a perpendicular angle to the wires, with a coverage of 360 degrees, in a circular manner (click here for a more detailed explanation regarding the classification of cellular antennas according to emission pattern).

Alternative concepts for the monopole antenna include ground plane antenna or quarter-wave emitter. The rod antenna, which is also known as the Marconi antenna, is a typical monopole. A monopole antenna, as opposed to a dipole, does not consist of two electrical conductors, but only one. It is perpendicular to a ground plane, which may be, for example, an electrically-conductive surface or radials (several downward protruding rods at the base of the antenna around the monopole). The ground plane rests on the ground or earth potential. It reflects (mirrors) the usually λ/4 (a quarter of the wavelength) long, vertically-standing electrical conductor and it creates, together with the reflection, a virtual, λ/2 dipole. The monopole is fed asymmetrically. The conductor is supplied with the electrical antenna signal, while the ground plane is connected to the lower ground plane. As with the dipole antenna, the monopole antenna is an omnidirectional antenna. It emits the electromagnetic waves perpendicular to the antenna axis in all spatial directions uniformly at an angle of 360 degrees. The emission is limited to the upper half space.

Design and installation differences between dipole and groundplane antennas

One of the most significant installation differences between dipole and monopole antennas is that monopole antennas require a ground reference and are often directly mounted to the ground plane (housing or circuit board of a device, body of a car). Dipole antennas can be installed remotely from the ground plane of a device or object, due to the symmetrical feeding and the integrated ground reference. The better the conductivity of a ground plane of a monopole antenna, the better the reflection of the λ/4 long conductor and thus the more ideal the antenna characteristics are going to be. Given that a monopole is a relatively small electric radiator, with a λ/4 length, it is very suitable for mobile devices. The length of the monopole can be further minimized with inductive shortening elements, which increases the antenna losses to some extent. Such shortening elements are effective only for a narrowband frequency range. Usually, when it comes to mobile devices, antennas in the form of inverted L monopoles, planarly deposited directly on printed circuit boards, are used. This type of antenna is also known as a printed monopole antenna.

Are you looking for an antenna that guarantees an optimal mobile reception? Then feel free to visit our online shop! There you can find a selection of antennas, which cover LTE, as well as 2G and 3G. We are happy to respond to any questions about our products by e-mail or phone at +49 40 35 73 20 65.