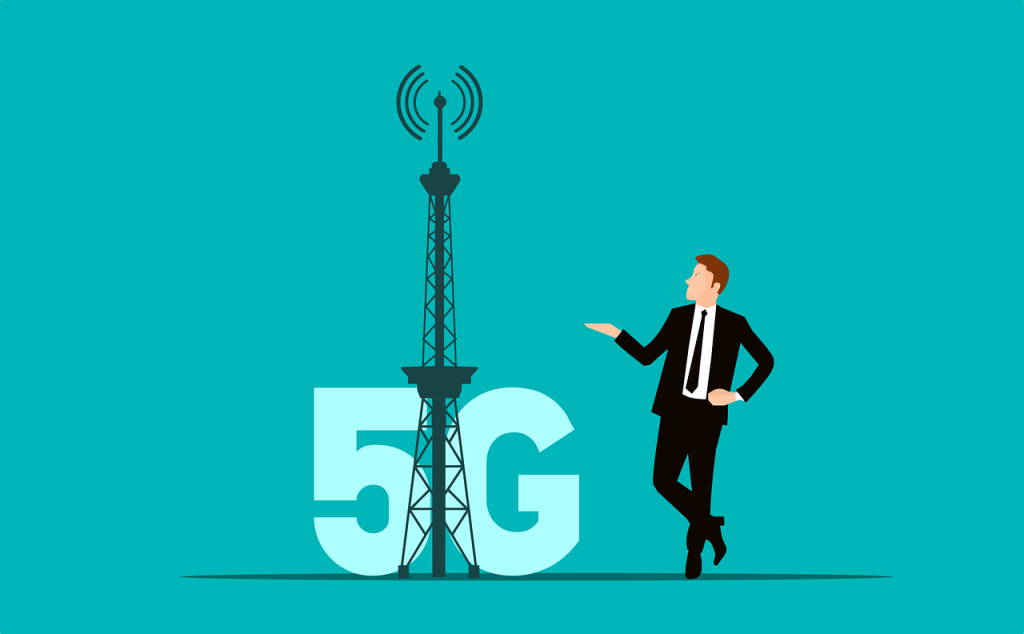 The current status of the 5G network expansion in Germany

Germany mobile operators are working hard on the expansion of the 5G technology. In the future, Telekom, Telefónica (O2), Vodafone and 1&1 Drillisch AG will be the four network operators in Germany to offer the new communications standard nationwide. Today, the LTE successor technology is already available to many millions of people in numerous cities and regions. In this article, you can discover information on the current status of the 5G roll-out.

Germany mobile operators are working hard on the expansion of the 5G technology. In the future, Telekom, Telefónica (O2), Vodafone and 1&1 Drillisch AG will be the four network operators in Germany to offer the new communications standard nationwide. Today, the LTE successor technology is already available to many millions of people in numerous cities and regions. In this article, you can discover information on the current status of the 5G roll-out.

Before we look at the concrete status of the roll-out, let us first briefly present the most important information on the mobile communications standard 5G. 5G stands for the fifth-generation of mobile communications, being the successor of LTE (4G). The technology allows for high data transfer rates, of up to several gigabits per second and low latency times of less than one millisecond in some cases. Thanks to these properties, data can be transferred at high speeds, without any noticeable delay. When it comes to the digitization of everyday life, 5G opens up new possibilities. For example, it provides the technical basis for autonomous driving, the Internet of Things (IoT) or the digitization processes within the Industry 4.0. Side note: we have already deal with the exact differences between 5G and its predecessor, LTE, in a series of articles on this blog.

What do the specifications sub 6GHz 5G and mmWave mean?

The 5G with frequencies under six gigahertz is known as sub 6GHz 5G. For high frequency ranges of 20 gigahertz and more, the denomination of mmWave is used. mmWave achieves bandwidths of several gigabits per second, but it has a range of only a few hundred meters and not several kilometers, like sub 6GHz 5G. In the context of the current 5G network expansion, it is worth mentioning that the German mobile providers are currently operating in the 6GHz 5G frequency range. The achievable bandwidths in this frequency range are far below from what mobile communications theoretically allow. The data rates remain limited to several hundred megabits per second, despite 5G. However, a single radio cell covers a relatively large radius.

In the following, you will discover a short overview of the 5G roll-out status for the four German network operators. A more detailed picture can be obtained from the network expansion maps, which providers have made available on the Internet. As mentioned in the previous chapter, operators are using the 5G spectrum, in the 2 gigahertz and 3,6 gigahertz frequency ranges, which were auctioned in 2019, as well as the already-available LTE frequencies. This is because 5G can be rolled out almost in „piggyback fashion“ on LTE. mmWave does not play a role in Germany yet. The frequencies requires for this have not been auctioned off yet. Therefore, mmWave 5G is not expected for several years, starting with the middle of the 2020s.

The network expansion of Telekom

Telekom began in the summer of 2019 with the rollout. It uses the auctioned frequencies in the 2 and 3,6 gigahertz, as well as the already-available LTE frequencies. At the end of 2019, Telekom already had approximatively 450 5G antennas in operation, in the biggest cities of Germany. By the middle of 2020, there were already 12,000 5G antennas. At the time, they reached about 16 million people. The coverage climbed fast to over 40 million people. At the end of 2020, there was a coverage of 55 million people, around two-thirds of the total German population. 2021 should bring a coverage of 80 percent, while in 2025, 99 percent of the population (90 percent of the surface) should be covered by 5G.

Like Telekom, Vodafone started to expand its network early on. In Juli 2019, the company had already entered the 5G era. Initially, the network operator concentrated on the larger cities and communities. Rural regions were very fast covered by 5G, thanks to the use of long-range 700 MHz frequencies. At the end of 2020, about 15 million people within the Vodafone network were covered by the new mobile communications standard. This number is expected to double by the end of 2021.

Telefónica (O2) began the roll-out much later than Telekom and Vodafone. The first 5G sites became available online only in October 2020. The network operator concentrated initially on the large cities, such as Berlin, Frankfurt, Hamburg, Cologne and Munich. Other cities were added fast. The focus of the network expansion is on densely-populated areas. Now, the 5G network from Telefónica is accessible to about 13 million people. The next goal is to achieve a population coverage of 30 percent by the end of 2021. By 2022, 50 percent of the population should be able to use the new mobile communications technology. Until 2025, the network is planned to be available nationwide.

A fourth mobile operator: the network expansion of 1&1 Drillisch AG

1&1 Drillisch AG is a new mobile communications operator that launched in Germany. Even though 1&1 Drillisch AG has purchased several 5G frequencies at auction, it doesn’t yet have its own mobile network. At the end of 2020, Drillisch concluded a contract with Telefónica for national roaming in Germany. As a result, Drillisch customers may use the network of Telefónica. However, this is valid only for the previous mobile communications standards 2G, 3G and 4G. 5G is exempt from national roaming. It is not yet known when 1&1 Drillisch AG will start developing its own network. Ralph Dommermuth, the CEO, estimates that company will not launch its own network on the market before 2022. However, it is already clear that the requirements of the Federal Network Agency must be adhered to, with the fast network development being a necessity. Failure to comply could also lead to the compulsory return of the auctioned mobile frequencies. By the end of 2023, the 1&1 Drillisch mobile network must reach 25 percent of the households and, by the end of 2025, this should increase to 50 percent of the German households. To this purpose, at least 1,000 5G base stations must be set up.

The LTE network tester of ENQT GmbH can already perform testing in 2G, 3G and 4G networks, being of great support when it comes to the verification of mobile networks. We offer 5G measurement during the course of the year! Are you interested in mobile communications measurements? Feel free to visit our shop, write us an e-mail or call us at +49 40 35 73 20 65! For any further questions, we are at your disposal.