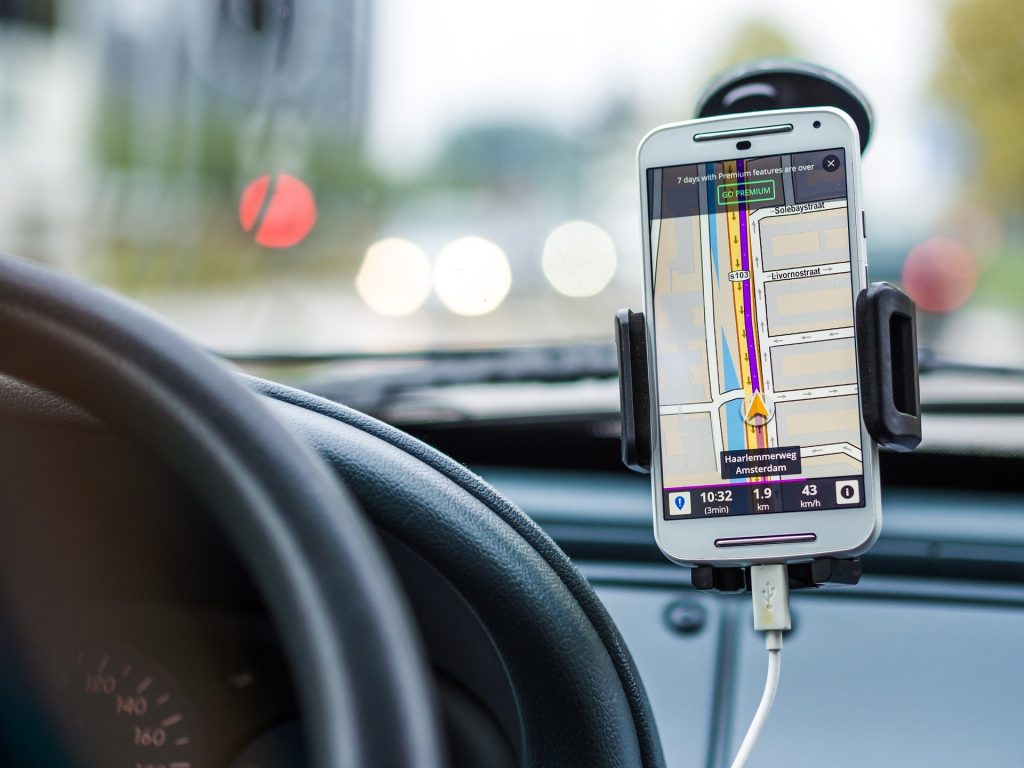 In the past, it was almost inconceivable to take a car trip to unknown places without a map or a road atlas. Since then, not only are such resources less and less often carried in the car, but a large majority of the population, in particular the youth segment, is no longer familiar with analog navigation solutions. Maps have been replaced by technical navigation systems, which allow for position determination and destination guidance through satellite signals and radio. In this article, we explain how satellite navigation works and compare different systems, which are currently available when it comes to navigation.

In the past, it was almost inconceivable to take a car trip to unknown places without a map or a road atlas. Since then, not only are such resources less and less often carried in the car, but a large majority of the population, in particular the youth segment, is no longer familiar with analog navigation solutions. Maps have been replaced by technical navigation systems, which allow for position determination and destination guidance through satellite signals and radio. Such systems are used not only for street navigation, but also for private and commercial maritime and aviation transportation, as well as indoor navigation of, for instance, driverless transport systems or other autonomous vehicles.

There are diverse global systems for satellite navigation, with most receiving devices being able to receive signals from several technologies. In the following article, we explain how satellite navigation works and compare different systems, which are currently available when it comes to navigation.

The best known and most important locating procedure worldwide is the “Global Positioning System” (GPS). It has a widespread use in navigation systems, being utilized in all of the above mentioned application scenarios. Given that the GPS is based on the signals of a global satellite network, the navigation is available worldwide.

The navigation technology was developed in the 70s by the US Ministry of Defense. In the late 1990s, an artificial downgraded service was made available to civilians for the first time. Since 2000, the GPS has been made available at full capacity for civilian use, allowing for position determination with a precision of approximately ten meters. The official denomination of the technology is “Navigational Satellite Timing and Ranging – Global Positioning System”, abbreviated as NAVSTAR-GPS. Meanwhile, the GPS abbreviation is often used as denomination for all satellite-supported navigation systems, even though these are correctly grouped under the denomination “Global Navigation Satellite Systems” (GNSS).

Another global satellite navigation system is „Glonass“, financed and operated by the Russian Ministry of Defense. The system was developed for military purposes, simultaneously with the American NAVSTAR-GPS, with both systems having similar technical functionalities. The full expansion of Glonass consists of 21 standard and 3 reserve satellites, as well as ground stations in Russia and Ukraine. Nonetheless, due to a decline of functional satellites to less than the maximum configuration, Glonass was not operational in the meantime.

Since 2016, with „Galileo“ there is also an European GNSS, which was financed by the EU and operated in cooperation with the ESA. Galileo can also be used worldwide for free. Currently, there are 28 satellites belonging to this navigation system in orbit, and these are controlled by a network of ground stations. Galileo satellites transmit their signals unencrypted via three frequency bands, one of which being shared with NAVSTAR-GPS. The navigation system offers a precision of up to several centimeters, for mobile devices the location determination is possible with a precision of approximately four meters. In conclusion, Galileo delivers a higher performance than its competitors, GPS and Glonass.

The above-described satellite navigation systems are based on the same technology: GNSS devices, the so-called receivers, can basically only receive signals, without being able to transmit them. The satellites on the other side transmit continuously, but the frequencies used and the code differ according to the employed technology.

When it comes to satellite navigation, the position of the receiver is determined by measuring the distance to a number of satellites. The distance to a single satellite limits the possible receiver positions solely to the surface of a sphere, which has the respective satellite as center. Given the fact that we are talking about an earth-based location, a circular section line remains between the earth sphere and range sphere, on which the receiver can be located. To narrow down the precise location of the GNSS device, the distance to three satellites is needed. The location of the receiver is then provided by the intersection point of the three range spheres, being then mathematically calculated with the help of a Cartesian system of coordinates.

Given that the distance between satellite and receiver cannot be directly measured, it will be derived from the duration of the radio signal. In a simplified manner, this can be compared to the principle of distance determination during thunderstorms. Given that the receiver cannot actively communicate with the satellites, the received signal brings its transmission time as code. Nonetheless, we are talking about a GNSS system time, with which the receiver is not synchronized. In order to achieve synchronization, the difference between the receiver clock and GNSS time will be used as additional unknown for the computational position determination. Therefore, it is essential to solve a system of equations with four unknowns (length, width, height, time). Four equations are required here, thus the signals from four satellites

In addition to the above-listed systems, there is another common satellite navigation technology. “Beidou” is a Chinese system, which allows for position determination with a precision of up to 10 meters. As opposed to NAVSTAR-GPS, Galileo and Glonass, Beidou uses a dual-satellite position determination system. With this process, a bidirectional communication is possible, so receiving devices also send a response to the satellite. This procedure allows the location determination with only two satellites, and additionally, the sending of short text messages.

Due to the reduced number of satellites, Beidou was initially available only in a very limited geographical area. Since last year, thanks to a gradual expansion, the system also functions globally and only has a few blind spots. Still, Beidou is currently mainly supported by products from Asian manufacturers.

Most GNSS receivers are known as „multi-constellation receivers“, which means these devices can receive signals of satellites based on diverse technologies (constellations). In consequence, at any given time there are more satellites in the receiver’s field of view, as opposed to when only one single technology would be used. This leads to an increased availability and continuity: should the signal of a system be blocked or disrupted, there is a strong possibility that another signal will be available. In the extremely rare event of a satellite navigation system failure, one can rely on other technologies as well.

Moreover, such receivers guarantee an increased precision of position and time determination, since the differences between the individual technologies can be determined. In addition, the precision of location determination decreases the closer the transmitting satellites are to each other. Thus, a larger selection can lead to better precision. For instance, this can be helpful when it comes to autonomous mobility and driver assistance systems.

If you have questions related to the verification of mobile networks, please do not hesitate to contact us! Our network testers LTE are ready to verify 2G, 3G, and 4G networks, in a manner that is both reliable and simple. We offer you a 5G measurement during the course of the year! Visit our Shop, write us an email E-Mail, or call us at +49 40 35 73 20 65!