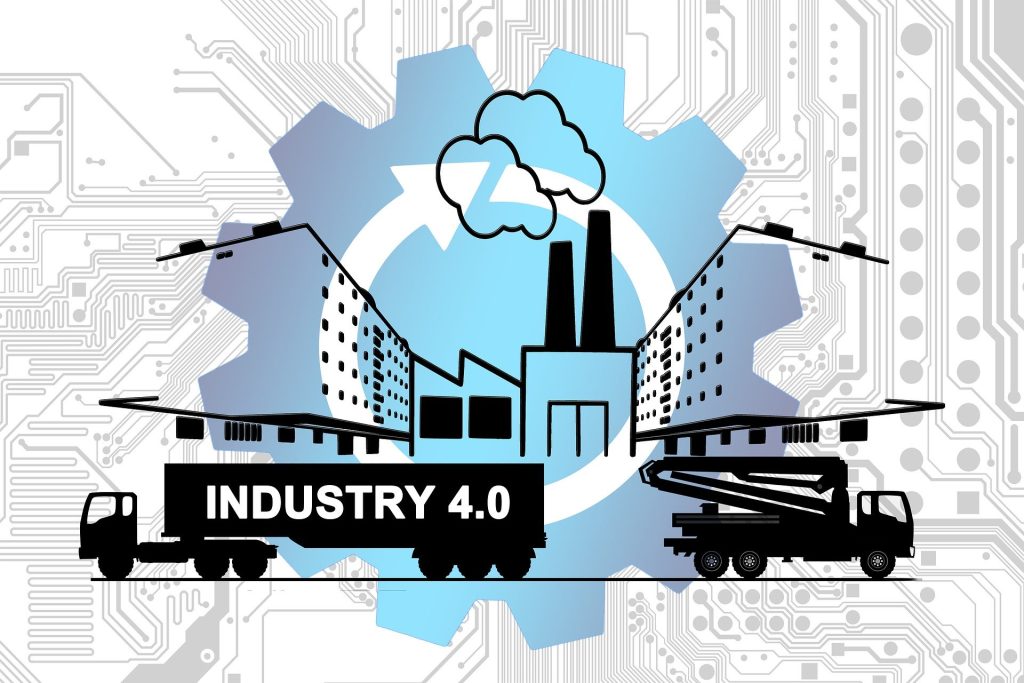 Application fields and relevance of mobile applications in the industry

In the recent decades, mobile communications have gained a lot of importance, not only in the private sector, but also in the industry. As the drive of the so-called "Fourth industrial revolution", it lays the foundation of the implementation of Industry 4.0. Mobile applications allow for data acquisition, digitization, and automation of industrial processes. Machine learning and artificial intelligence are also increasingly used in the industrial context. In this article, we will clarify the different mobile-based transmission technologies, what is the potential of 5G when it comes to applications in Industry 4.0, and delve into some application examples.

In the recent decades, mobile communications have gained a lot of importance, not only in the private sector, but also in the industry. As the drive of the so-called „Fourth industrial revolution“, it lays the foundation of the implementation of Industry 4.0. Mobile applications allow for data acquisition, digitization, and automation of industrial processes. Machine learning and artificial intelligence are also increasingly used in the industrial context. Classical application scenarios include machine communication, system control, and process monitoring, and optimization in the industrial Internet of Things.

The implementation of such mobile applications, along the entire value chain, allows for the efficiency enhancement and an optimization of the resource usage, which ultimately leads to an improved productivity. Many production steps are simplified as a result, which also leads to savings, including when it comes to the personnel being used. In the following, we will clarify various mobile-based transmission technologies, what is the potential of 5G when it comes to applications in Industry 4.0, and delve into some application examples.

There are various mobile-based technologies for the transmission of industrial data, such as LoRaWAN, NB-IoT, or SigFox. Above all, such technologies are characterized by the reduced energy consumption and thus long battery lives, as well as low operating and maintenance costs. The suitability of these different transmission technologies depends on the specific areas of application. Basically, one can make the distinction here critical and non-critical application scenarios. The former, which include time-critical production controls for example, require a continuous, very reliable transmission path and short transmission times. For non-critical applications, such as those in the logistics or agriculture fields, less frequent data transmissions are sufficient. Information about the precise characteristics of the most common technologies can also be found in the linked blog posts.

In addition, one can make the distinction between public and private mobile networks, which differ mainly in terms of how the transmitted data is handled. Public mobile networks are made available by providers such as Telekom or Vodafone, and they can be used by all customers, without any limitations. Private networks are comparable with WLAN and cannot be used by the public. This offers the advantage of complete control over in-house data. For this reason, the so-called „campus networks“ are mainly implemented in the industry.

What kind of changes will 5G bring for the industrial mobile usage?

The greater bandwidth and the shorter latency times, promised by 5G, hold a significant potential for advanced industrial applications. Notwithstanding these improved performances, 5G has lower energy consumption than the older mobile communications standards, which could enable cost reductions.

Companies anticipate the new standard to guarantee more reliable communication, real-time transmission capability, and a comprehensive connectivity of production machines and other applications. The performance increase, which 5G will deliver, should allow for the wireless control of entire industrial plants, among other things. The grouping of various applications in an all-encompassing system could include, among others, automated shelving systems, manufacturing robots, and simpler applications, such as air conditioning systems.

The „massive Machine-Type Communication“ (mMTC) represents a ray of hope, which refers to the networking of many non-critical M2M applications within a small space. With up to one million devices per square kilometer, 5G allows for significantly more connections than other mobile communications standards.

The sensor technology is one of the most common application fields of mobile communications in the industry, as it is perfectly suited for the monitoring of processes within production facilities, for example. Smart devices can connect hereby various data, which is then transmitted to corporate headquarters, via wireless networks and in a flexible manner, most commonly through a cloud-based connection. The communication between several sensors or between sensors and other devices, for example control elements, is also possible.

Classical application examples for sensors include the measuring of CO2 or particulate matter content in the air, or the uninterrupted control of the levels of rain water or oil containers. Measuring the level of waste containers is also a standard application in many locations. This is then transmitted to waste management on a regular basis, so that collection routes can be planned in a manner that is as flexible and efficient as possible.

The use of IoT sensors for the contactless monitoring of the above-mentioned factors ensures that on-site visits are no longer necessary. Such manual measurements are time and cost-consuming, and in addition they do not provide regular and time-accurate data. For this reason, estimates have often been used in the past. Mobile sensors allow for the replacement of such imprecise estimates with exact knowledge, which is accurate to the day or even to the hour.

Mobile communications also have multiple uses in the logistics field. Among the simpler applications, there are, for example, the location tracking and product tracking. Sensors are also frequently used here, to collect data about fill levels, temperature, air humidity and pressure. This is particularly helpful when it comes to the transportation of sensitive goods over large distances and it enables permanent tracking. Such mobile applications are mainly used for transportation of bulk goods via rail or sea freight. Here, the collected data can be shared not only with the central offices of transport companies, but also with other smart devices. In this way, for example, the temperature and air humidity of a container space can be automatically adjusted, and the quality of goods ensured, even when the manual intervention is not possible.

In addition to such monitoring systems, mobile communications are also used for much more complex scenarios in the logistics field. These include for example driverless transport systems and robots. These are used in the internal logistics field, such as in warehouses. Advances in the mobile communications technology allow for increasingly complex systems, so 5G also offers an enormous potential for further development.

Driverless transport systems offer flexibility and simultaneous minimization of storage costs and time expenditure. The combination with dynamic warehousing, for example, allows robots to independently carry out a rapid commissioning of goods.

The automotive industry is the last example which will be clarified in more detail within this article. This represents a broad application area, as mobile communications systems allow for diverse applications in modern vehicles. For example, here we can include the automation of vehicle production, or the digitization and optimization of core processes. In addition, mobile communications represent the basis for software-based applications in vehicles, their importance growing constantly. Local transmission via mobile communications, including between various vehicles, allows for smart route planning and real-time navigation, for example. Emergency call systems belong to the critical mobile applications in the automotive industry, requiring a permanent and reliable wireless connection.

Experts attribute the potential for significant progress to the expansion of 5G here as well. The new mobile communications standard could significantly advance the development of autonomous driving.

Are you planning on installing new devices for mobile communications (2G/3G/4G/5G/LoRaWAN, wM-BUS/LTE-M/NB-IoT) or do you want to upgrade your existing infrastructure to the new standards? Our network testers for mobile communications can be of help! Feel free to visit our online shop, write us an e-mail in case of further questions, or call us at +49 40 35 73 20 65 !